CockroachDB is a scalable distributed SQL database built on a transactional and strongly consistent key-value store. Like its namesake, it is designed to be resilient and operate autonomously with minimal user intervention. CockroachDB independently detects problems and takes action to ensure data integrity. To accomplish this, CockroachDB continuously monitors its nodes and makes millisecond decisions in the event of an anomaly.

Making millisecond decisions in a distributed system requires a reasonable amount of clock synchronization between the nodes in a cluster. For this reason, if a node detects that its clock is too out of sync with other nodes, it either cannot join the cluster or immediately shuts down if it is part of one. Because CockroachDB offers a strong consistency model, this sensitivity to time drift is required to guarantee the ordering of transactions. 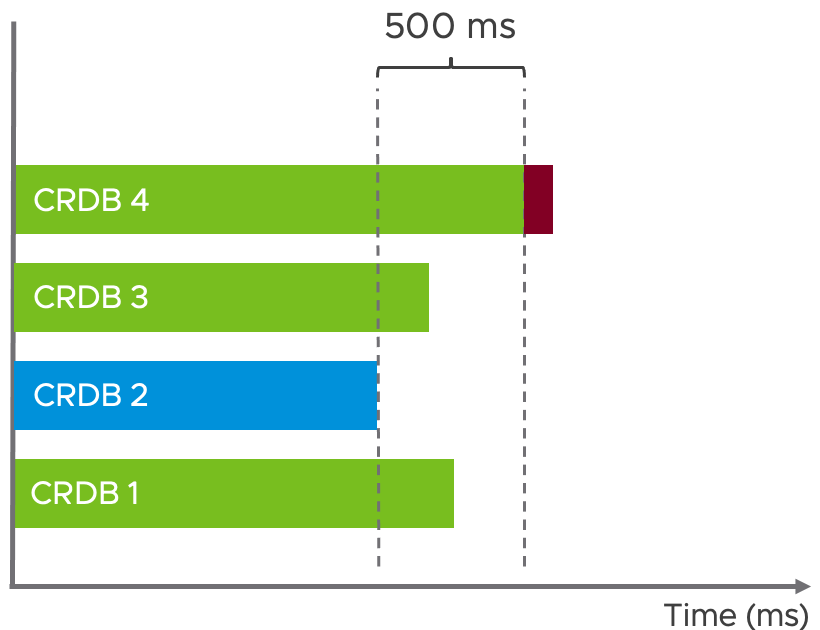 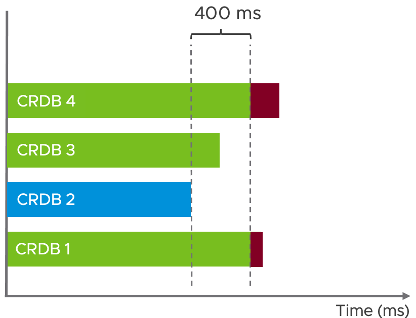 In a physical environment with properly configured time synchronization, clock jumps are not a common occurrence. Other than a configuration mistake, a problem with the time sources, or a hardware failure, there are few reasons for a sudden jump in the system clock. However, in a virtual environment with workload mobility and virtual devices, momentary discrepancies in a system's local time are quite common. In particular, the live migration of a VM from one host to another results in a short period where the system clock falls out of sync. In most cases, this is not an issue. However, in a distributed system with strict timing tolerances, this brief period can be enough to cause problems.

Performing a vMotion is a process with several steps. During the final steps of a vMotion, the VM is suspended so the remaining memory pages can transfer to the target host. In this brief period, typically in the range of a few hundreds of milliseconds, the VM system clock is paused and falls behind by the time required for the transfer (Figure 3). When the migration completes, the VM resumes, and the operating system restarts scheduling processes These processes include CockroachDB and the operating system clock synchronization. 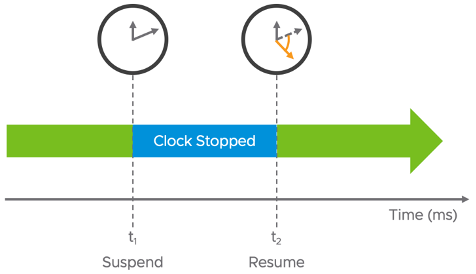 Depending on the ordering of the processes when the system resumes, one of three scenarios can occur:

The third scenario is the undesirable outcome that deters from using vMotion with CockroachDB. Not only does it result in degraded performance, but it can impact availability if too many nodes migrate simultaneously.

Initial attempts to solve this problem explored tuning vMotion, time synchronization, and CockroachDB. None of these approaches alone, or in combination, proved satisfactory in solving the timekeeping race condition.

Solving the system clock race condition uses a different approach pioneered through advancements to both VMware vSphere and CockroachDB. 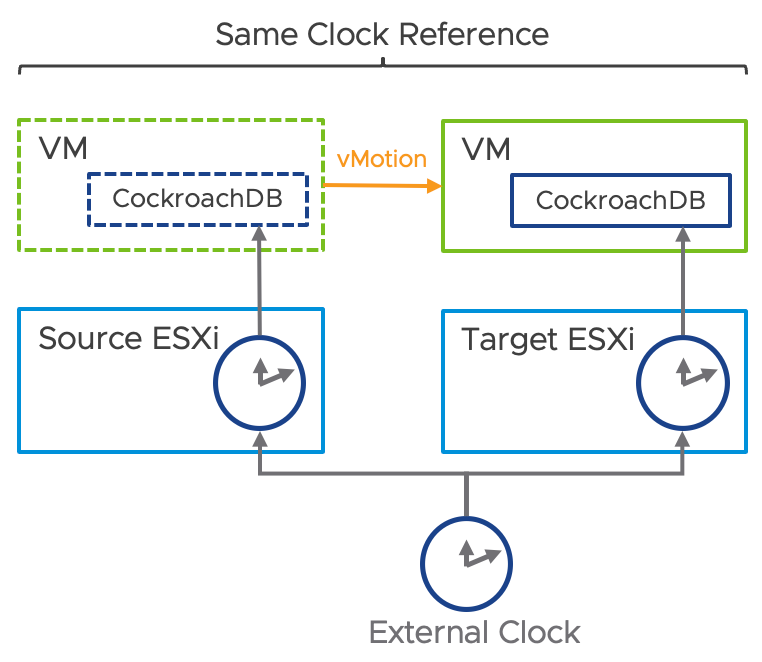 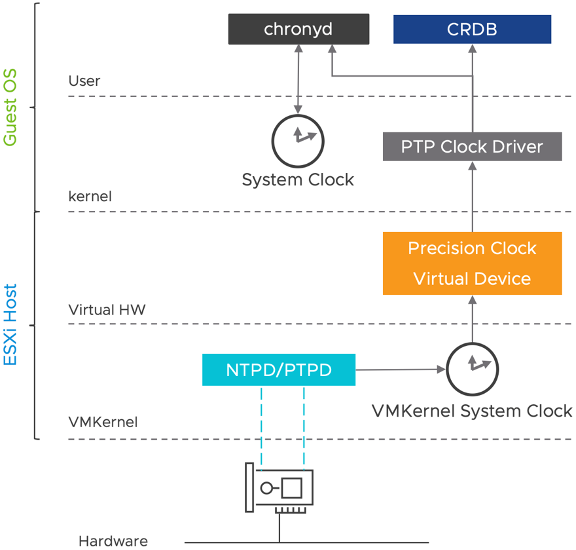 The updated timekeeping architecture for CockroachDB offers a solution that is simple, efficient, and comletely eliminates the root cause of our initial problem. When properly implemented, joint testing between VMware and Cockroach Labs has validated that this architecture eliminates the undesirable behavior with only a slight increase in SQL transaction latency during a vMotion. This temporary increase in latency is expected and in line with normal operation of a vMotion.