Unlike traditional queues, streams are persistent data structures that are designed to store large amounts of data with minimal in-memory overhead. Stream queues can be used with traditional AMQP 0.9.1 clients, but when used with a new, blazing fast binary protocol (the streams protocol), developers can achieve message publishing rates orders of magnitude faster than AMQP.

We used RabbitMQ PerfTest and RabbitMQ Streams Java Client to generate loads for the Tanzu RabbitMQ cluster to compare stream queues with different protocols. In the performance testing, we provisioned a cluster of three Tanzu RabbitMQ pods, each with 16 vCPUs, 64GB of RAM, and 500GB storage.

Scenario 1: We compared the quorum queue with stream on traditional AMQP 0.9.1 clients and stream with protocol. Each queue with the default message size (12 bytes) by one producer and one consumer. The performance results are shown as below: 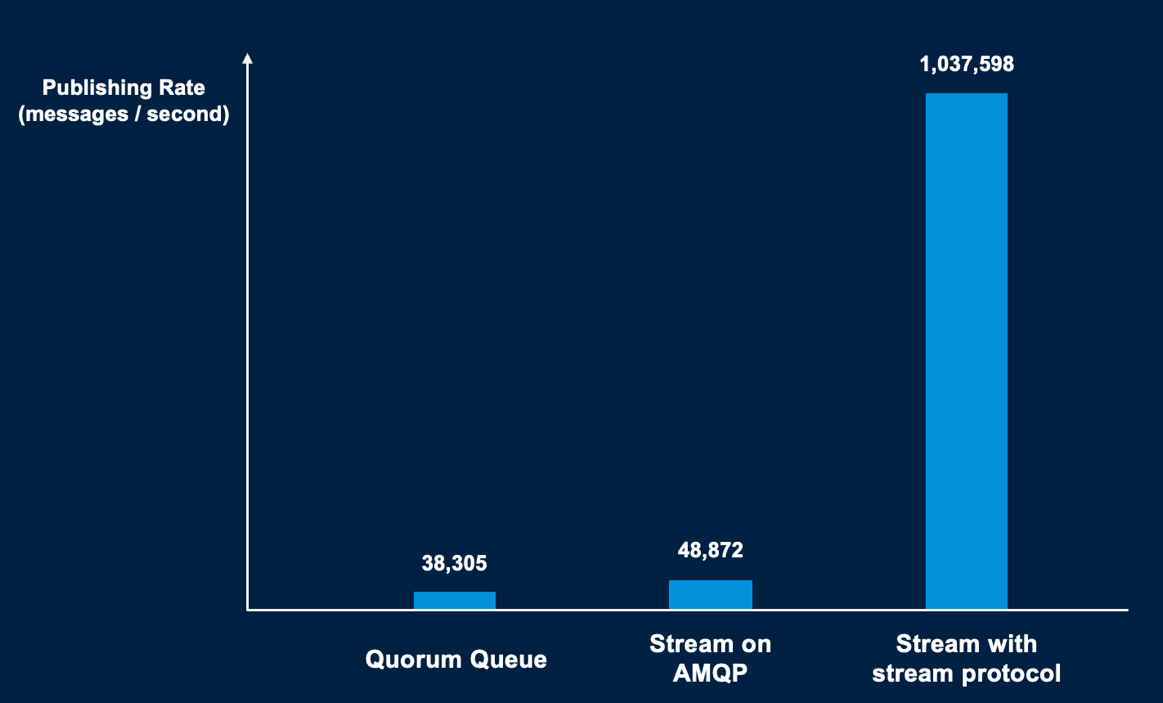 We ran the test with different stream protocols:

Scenario 2: We set the number of streams to get high throughput as the number grows. The figure of publishing rate shows near-linear scaling as the streams increase. 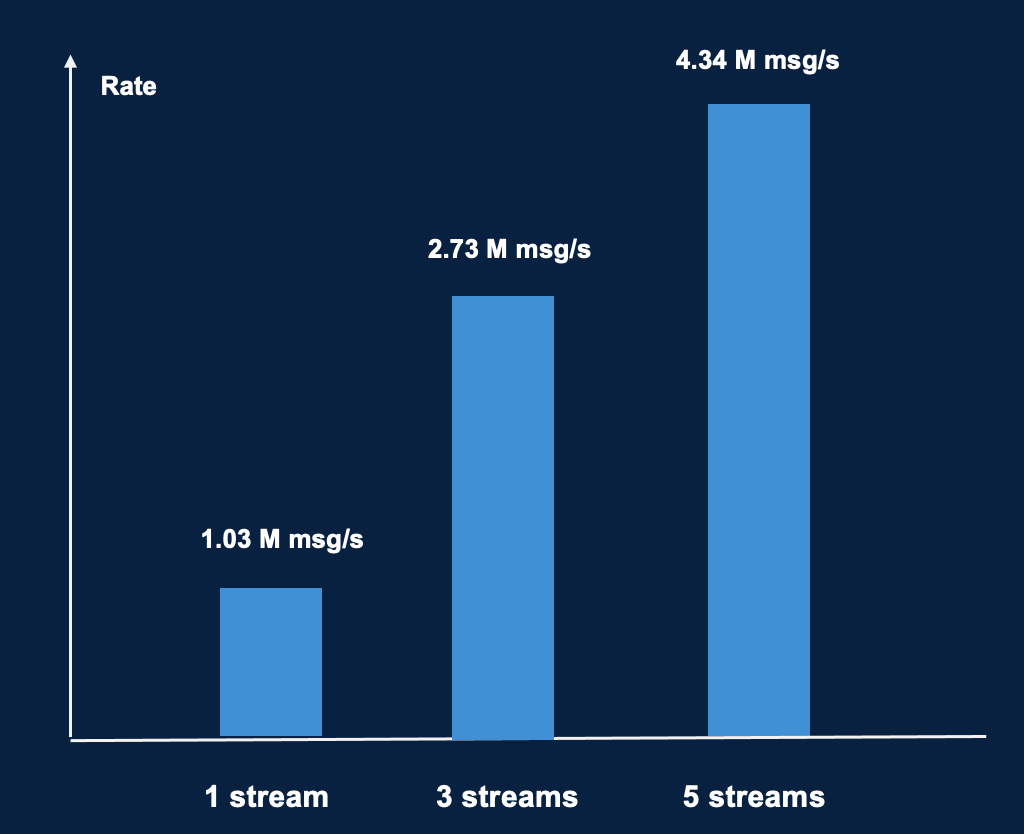 The detailed published, consumer, written, and read results are shown below:

During the test, we set the number of messages placed in a sub-entry to increase throughput. A sub-entry is one "slot" in a publishing frame, meaning the outbound messages are not only batched in publishing frames, but in sub-entries as well. 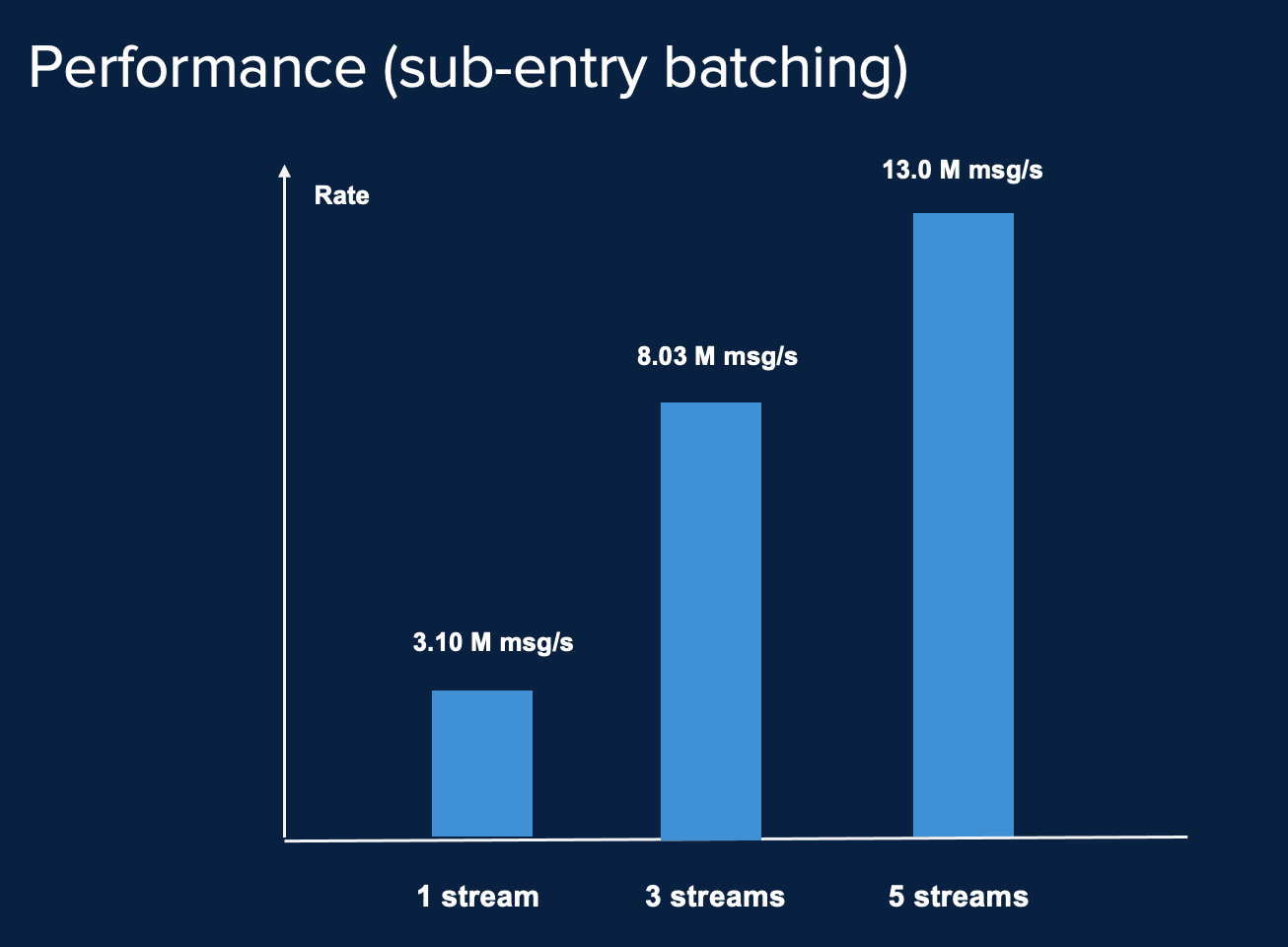 Check out the solution Home Page for more information.