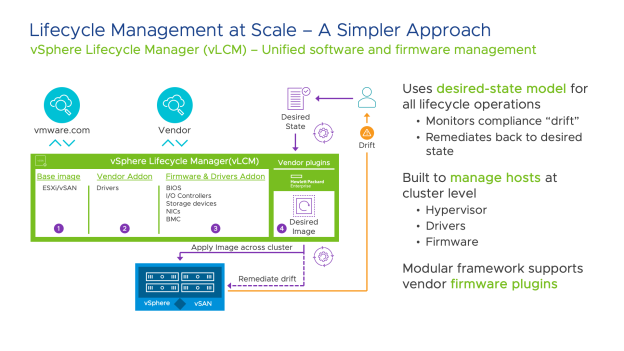 When you initiate a hardware compatibility check for a cluster, vSphere Lifecycle Manager verifies that the components (software, drivers and firmware) in the image are compatible with all storage controllers, and storage devices on the hosts in the cluster as per the vSAN VCG. The task also checks whether the driver and firmware versions specified in the image are compatible with the cluster hardware as per the vSAN VCG. KB60382 identifies all IO Controllers that vSAN supports firmware updating. 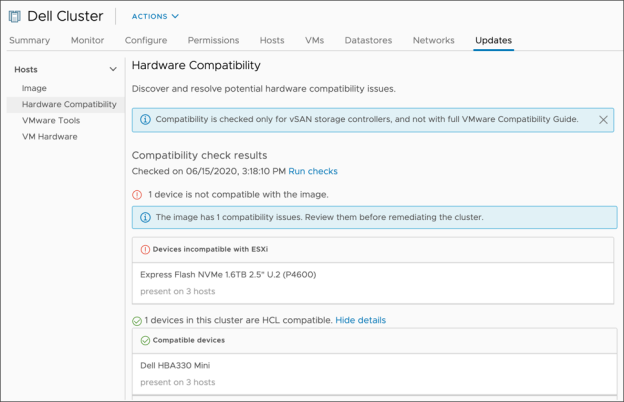 vLCM update recommendations auto-regenerate after certain change events such as a refreshing of the vSphere depot or modification of the desired cluster image. Updates include ESXi versions (patch or upgrades) and vendor-addons (HSPs) – if an HSM is configured for the cluster. If no HSM is configured, then only software updates will be provided (ESXi or drivers). In addition, the administrator will be notified of new or regenerated update recommendations through vCenter events and alarms.

Host updates are a necessary task in the data center. When a host is contributing CPU, memory, and storage resources, the more quickly a host can be updated the better. Less time offline means more time in production. This is where vSphere Quick Boot comes into play, where host restarts during an upgrade can be accelerated by bypassing the hardware and firmware initialization process of a server.

vSAN 7 U2 provides better integration and coordination for hosts using Quick Boot to speed up the host update process. By suspending the VMs to memory, and better integration with the Quick Boot workflow, the amount of data moved during a rolling upgrade is drastically reduced due to reduced VM migrations, and a smaller amount of resynchronization data. When the circumstances are suitable, Quick boot can deliver a much more efficient host update process if the workloads are able to be suspended for a brief period of time. 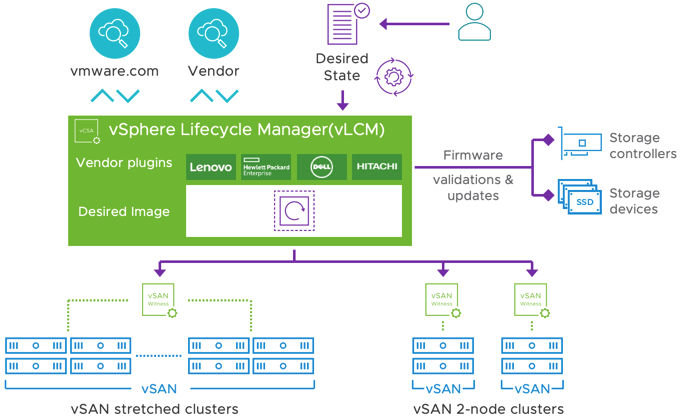 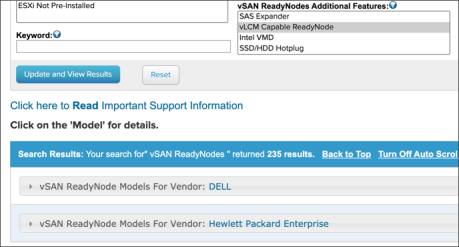 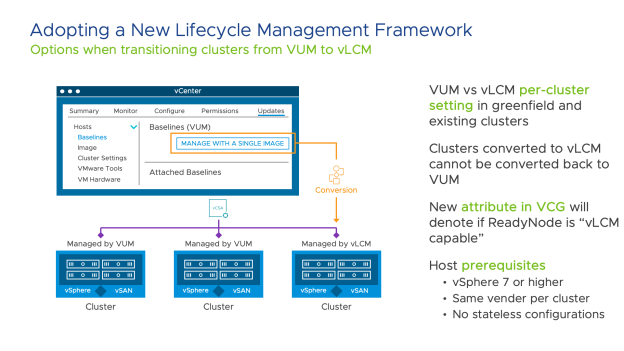 Please check with your server vendor for licensing requirements for managing vLCM clusters.