vSphere vMotion is blazing fast and can migrate the running state of virtual machines from one ESXi host to another in seconds. vSphere Storage vMotion of powered-on virtual machines is also extremely fast because it uses the same optimized vMotion protocol.

As you can see, the vSphere vMotion protocol has dramatically increased performance when compared to NFC. It's important to note that other factors in the environment, such as network bandwidth and disk read/write speeds, will impact your peak performance. The values shown in the comparison table are maximum values.

Unified Data Transport (UDT) uses NFC as a control channel but offloads the data transfer to the vSphere vMotion protocol to benefit from the substantially greater performance and throughput.

To start using UDT, all you need to do is activate the provisioning service on a vmkernel interface. This could be a new vmkernel interface or an existing interface, for example, one already configured for vSphere vMotion. 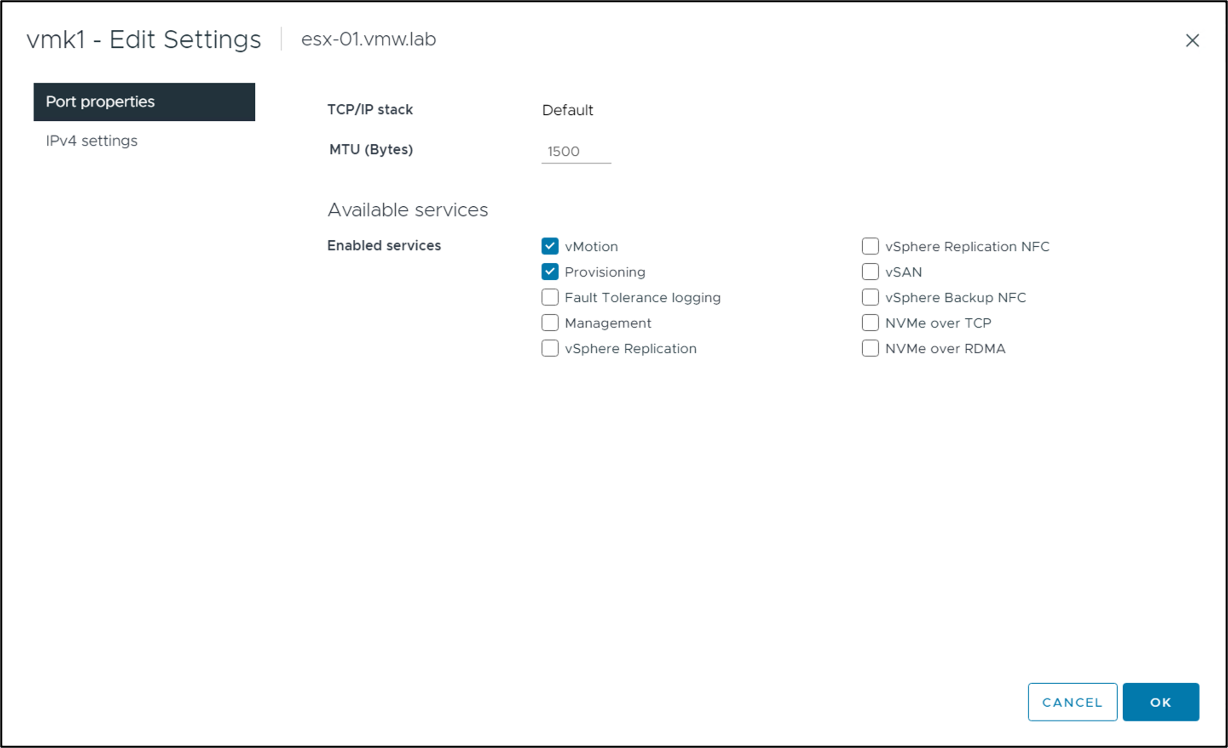 In this demo video, we will compare a powered-off storage migration of a virtual machine without UDT and also with UDT to showcase the clear difference in performance.