VMware vSphere 8 is the enterprise workload platform that brings the benefits of cloud to on-premises workloads. It supercharges performance with DPU and GPU based acceleration, enhances operational efficiency through the VMware Cloud Console, seamlessly integrates with add-on hybrid cloud services, and accelerates innovation with an enterprise-ready integrated Kubernetes runtime that runs containers alongside VMs. 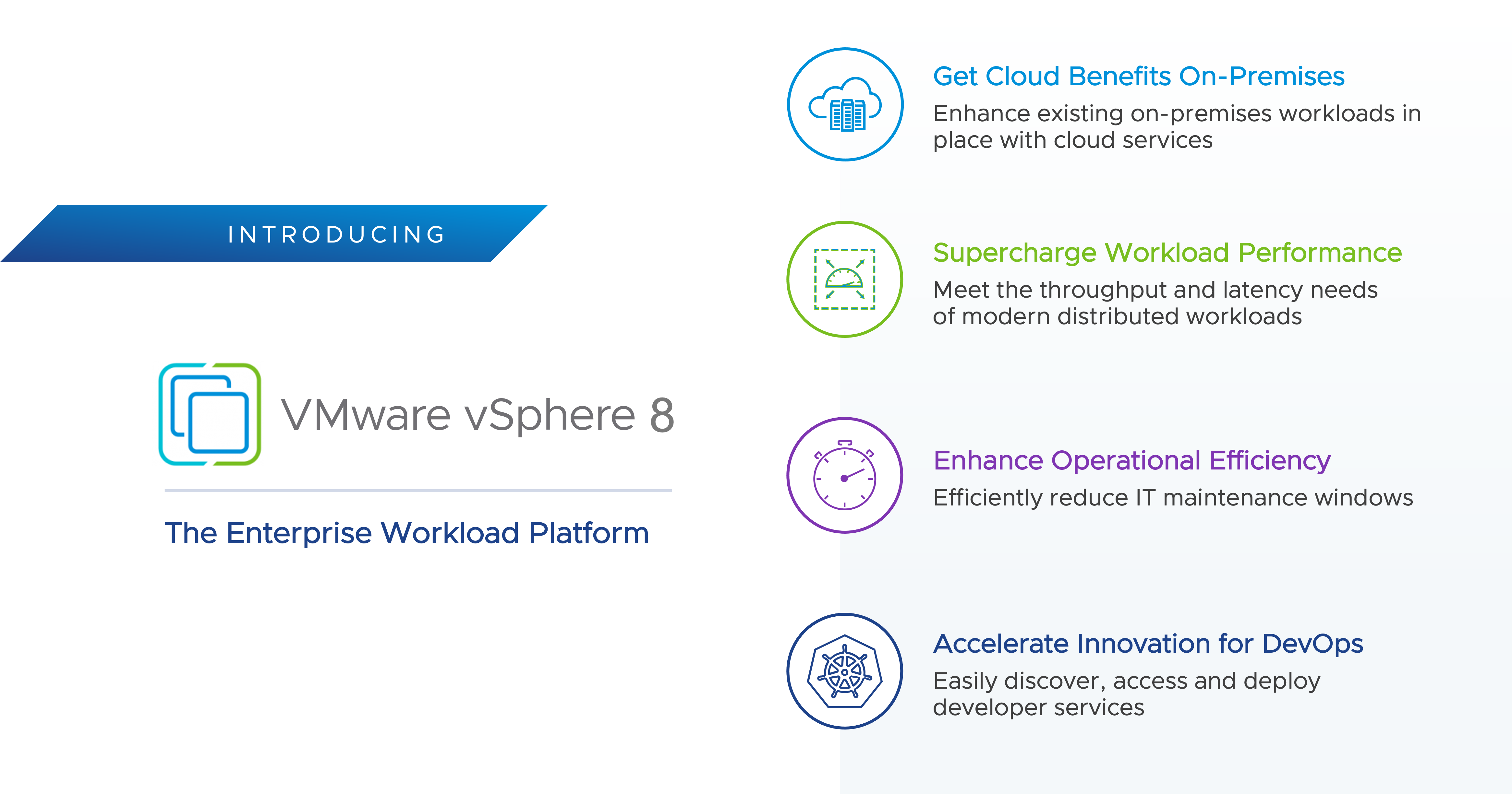 The following is a highlight of what's new in vSphere 8 and not an exhaustive list of new features and capabilities. For more on vSphere 8, including deeper dives into certain topics, see core.vmware.com/vmware-vsphere-8.

Emergence of the Data Processing Unit

Data Processing Units (DPU) exist today and live in the hardware layer, similar to a PCIe device like a NIC or GPU. Today networking, storage and host management services run in the instance of ESXi virtualizing the x86 compute layer. 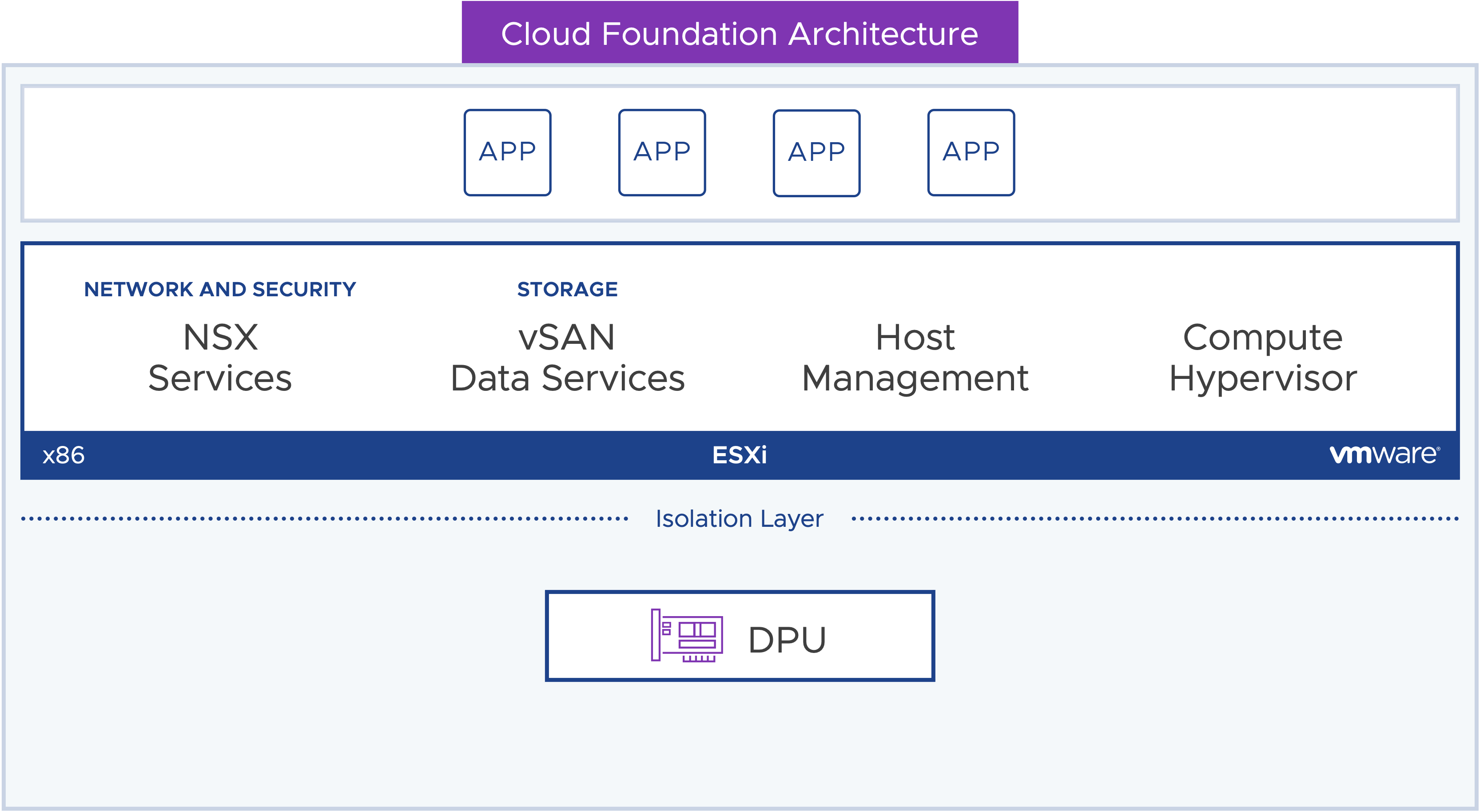 For more on Data Processing Units:

In vSphere 8, an additional instance of ESXi is installed directly on the Data Processing Unit. This allows ESXi services to be offloaded to the DPU for increased performance.

In vSphere 8 GA. we support greenfield installations with support for network offloading with NSX. vSphere Distributed Services Engine is life-cycle managed using vSphere Lifecycle Manager. When remediating a host that contains a DPU ESXi installation, the DPU ESXi version is always remediated with the parent host and kept in version lock-step. 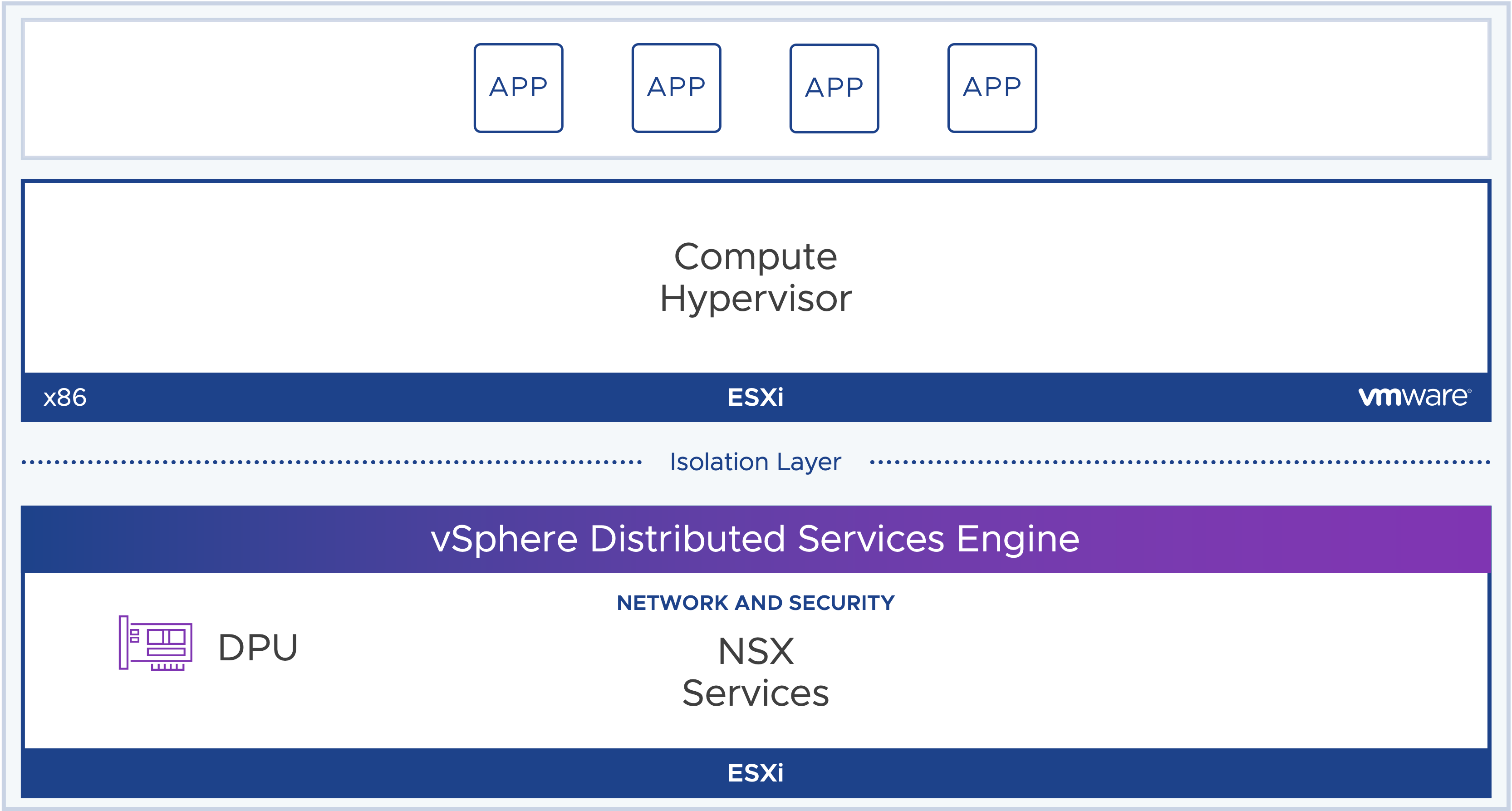 Using a vSphere Distributed Switch version 8.0 and NSX, network services are offloaded to the DPU, allowing for increased network performance with no x86 CPU overhead, enhanced visibility for the network traffic and the security, isolation and protection you would expect from NSX.

ClusterClass is a way to declaratively specify your cluster’s configuration through the open-source ClusterAPI project.

PhotonOS and Ubuntu base images can be customized and saved to the content library for use in Tanzu Kubernetes clusters.

Define It Once, Use It Many Times

ClusterClass provides a declarative way to define a Tanzu Kubernetes cluster configuration as well as the default installed packages.  The platform team can decide the infrastructure packages that must be installed at cluster creation.  This might include the networking, storage or cloud providers, as well as the authentication mechanism and metrics collection. The cluster specification references the ClusterClass. 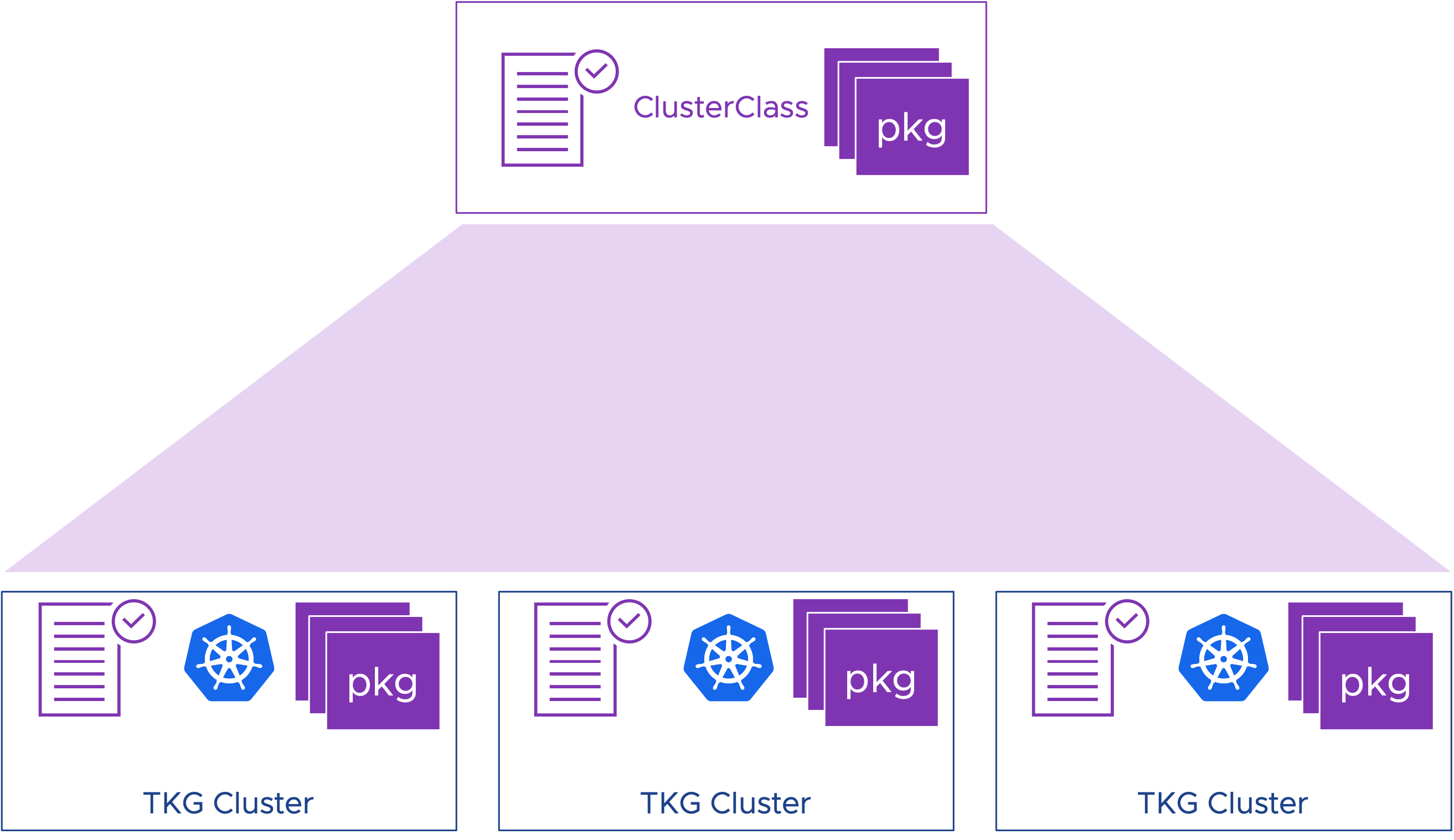 After cluster deployment, Developers or DevOps users can optionally add additional packages from the Tanzu Standard Package Repository. These packages might include Contour for ingress to the cluster, certificate management, logging, observability with Prometheus or Grafana or external DNS.  These are managed as add-ons through the Tanzu CLI interface. 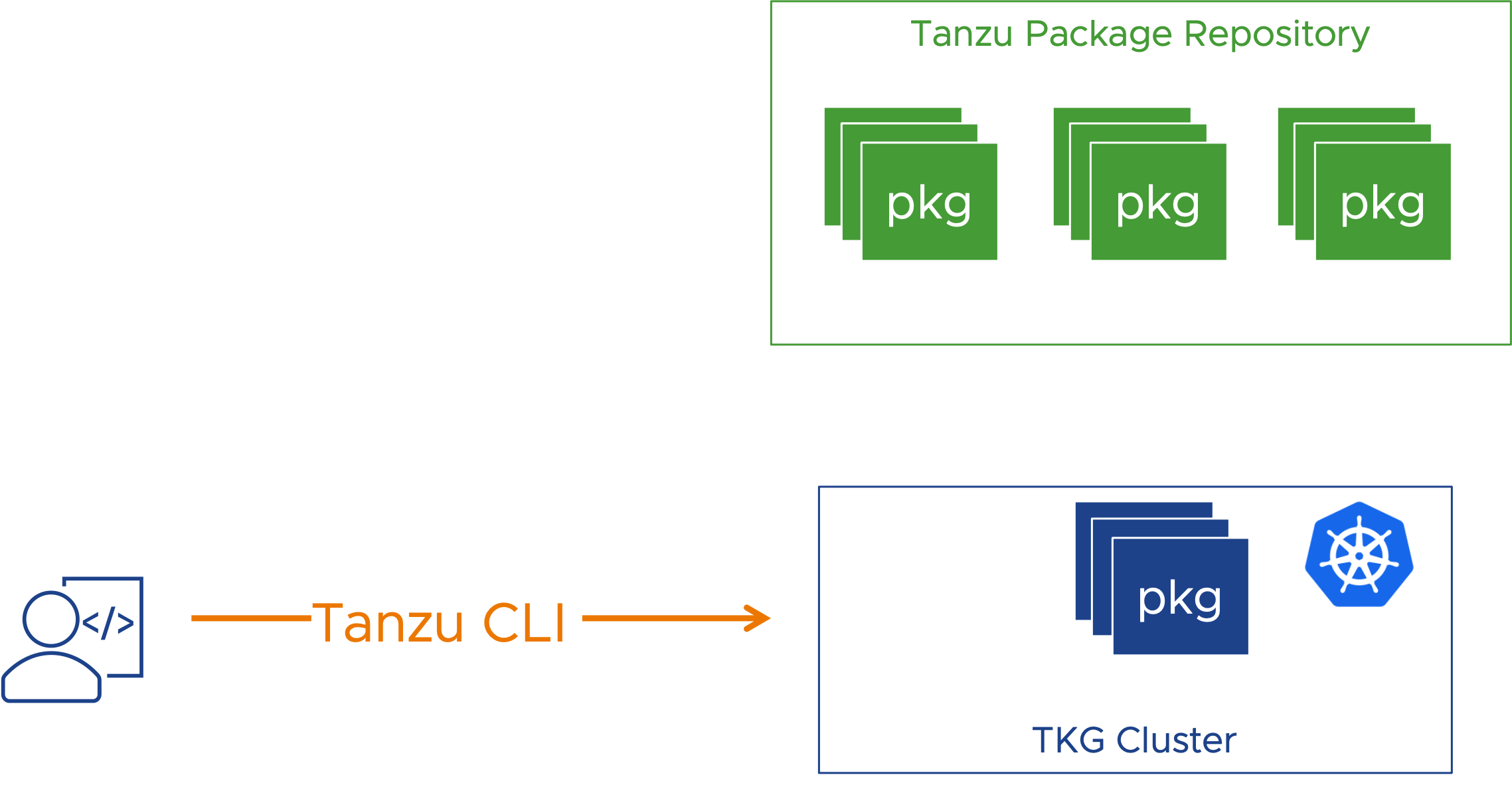 Bring Your Own Identity Provider 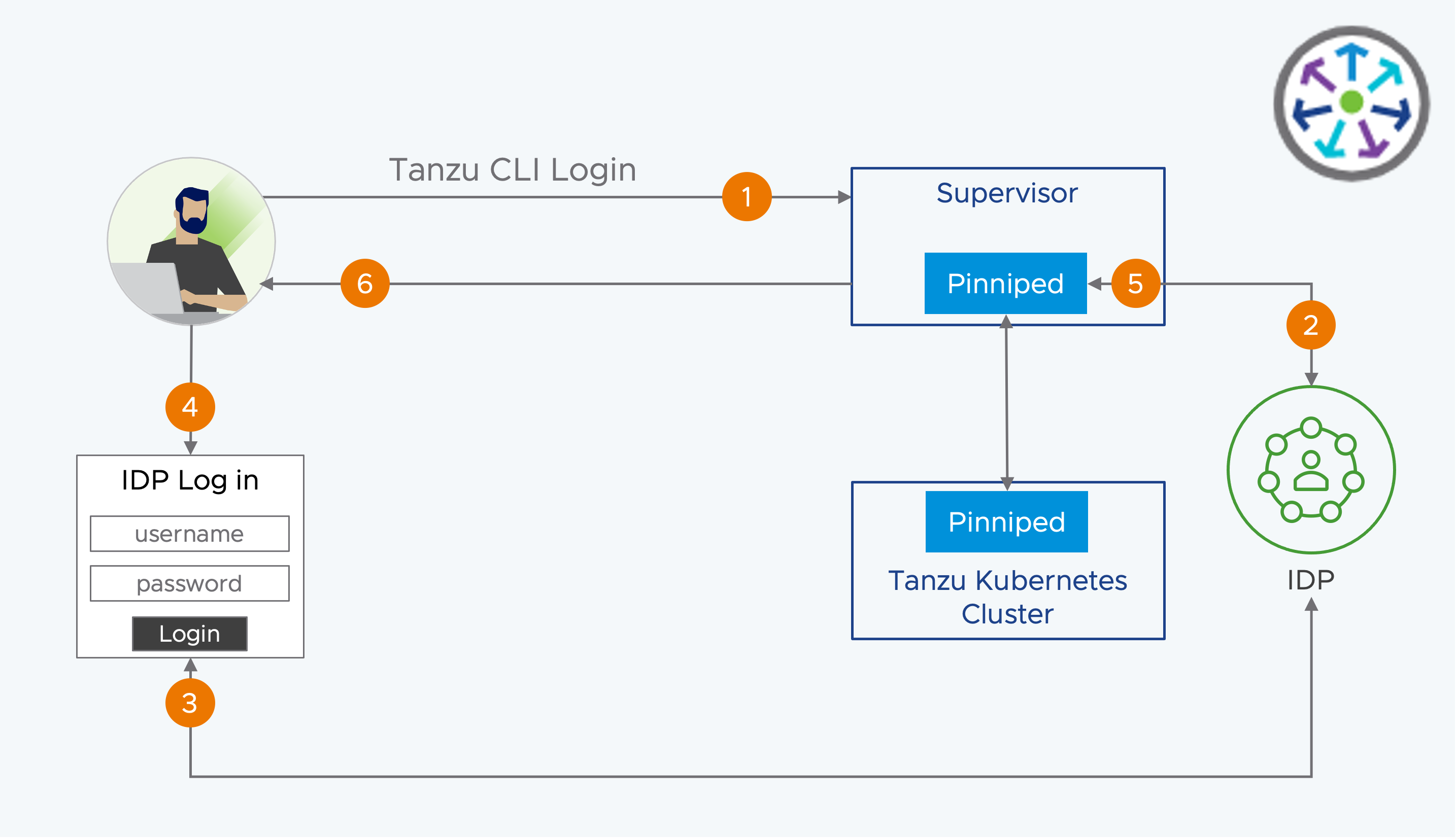 A technical preview of vSphere Configuration Profiles introduces the next generation of cluster configuration management as a future replacement of Host Profiles. 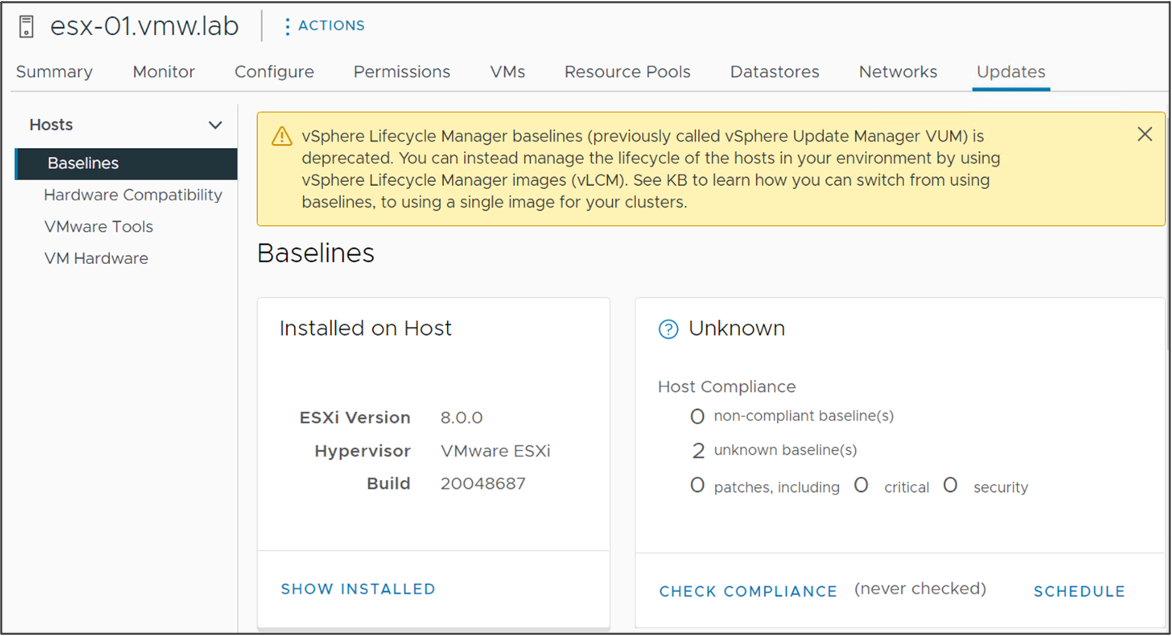 vSphere Lifecycle Manager can stage update payloads to the hosts in advance of remediation. Staging can be performed without maintenance mode. This reduces the time needed for the hosts to spend in maintenance mode. Firmware payloads can also be staged with integration from a supported Hardware Support Manager. 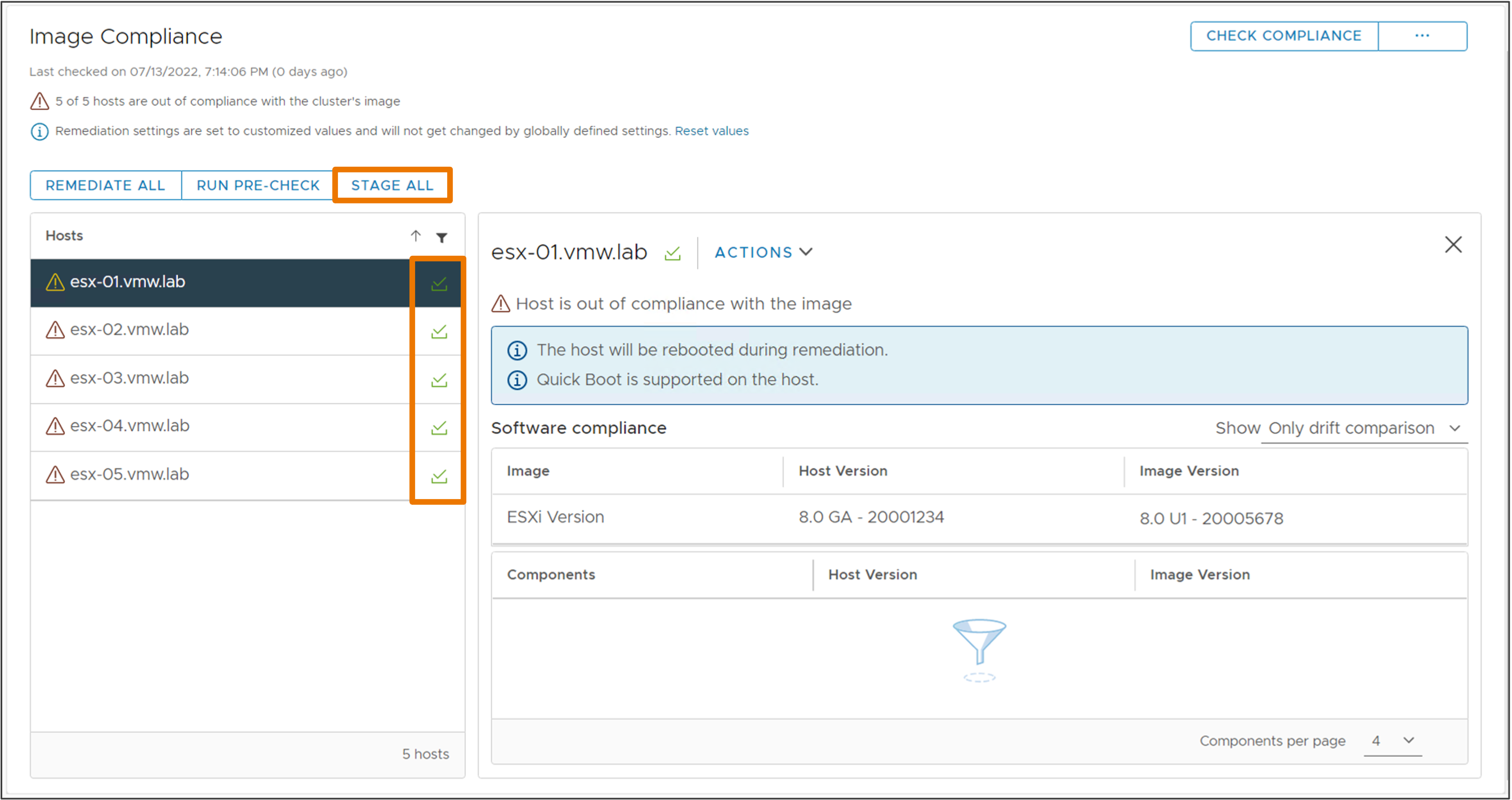 vSphere 8 introduces a technical preview of vSphere Configuration Profiles, the next generation of cluster configuration management. 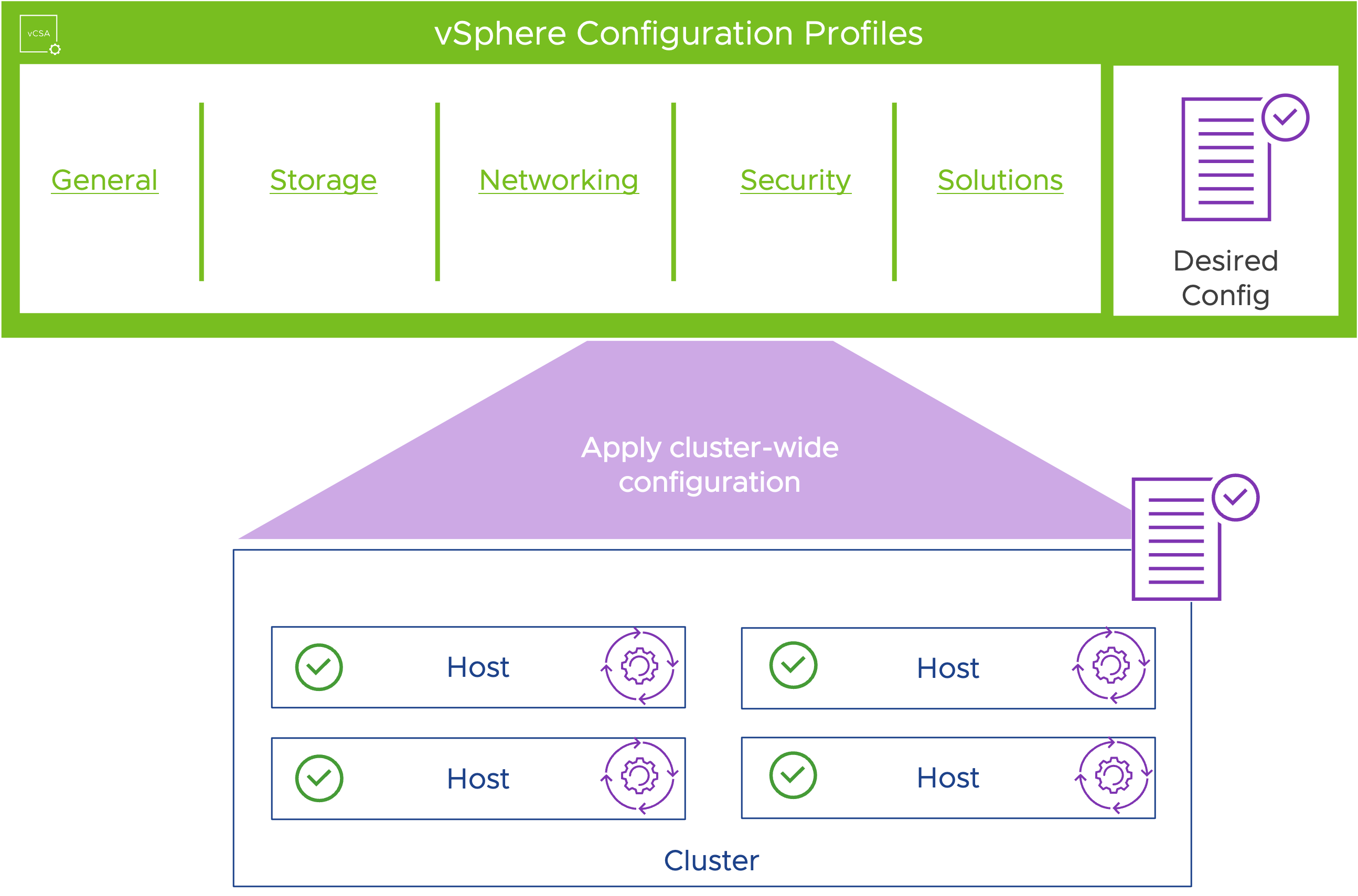 vSphere Configuration Profiles is still under active development and future releases of vSphere 8 will expand and enhance its support. Host Profiles continue to be supported in vSphere 8.

vCenter reconciles cluster state after a restore from backup. ESXi hosts in a cluster contain a distributed key-value store of cluster state.

The distributed key-value store is the source of truth for the state of the cluster. If vCenter is restored from a backup, it will reconcile the cluster state and configuration with the distributed key-value store. In vSphere 8 GA, host-cluster membership is reconciled with additional configuration and state planned for support in future releases. 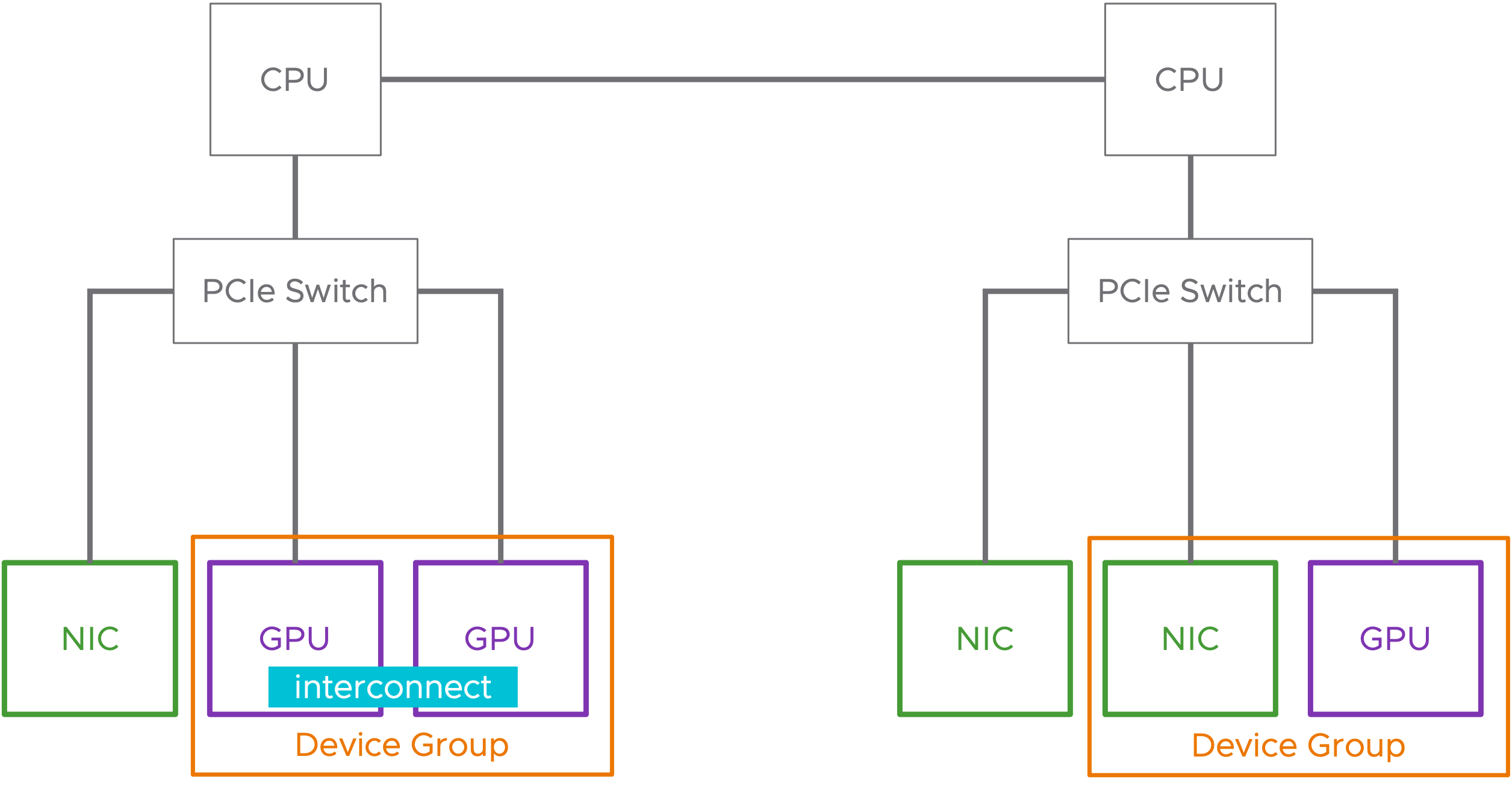 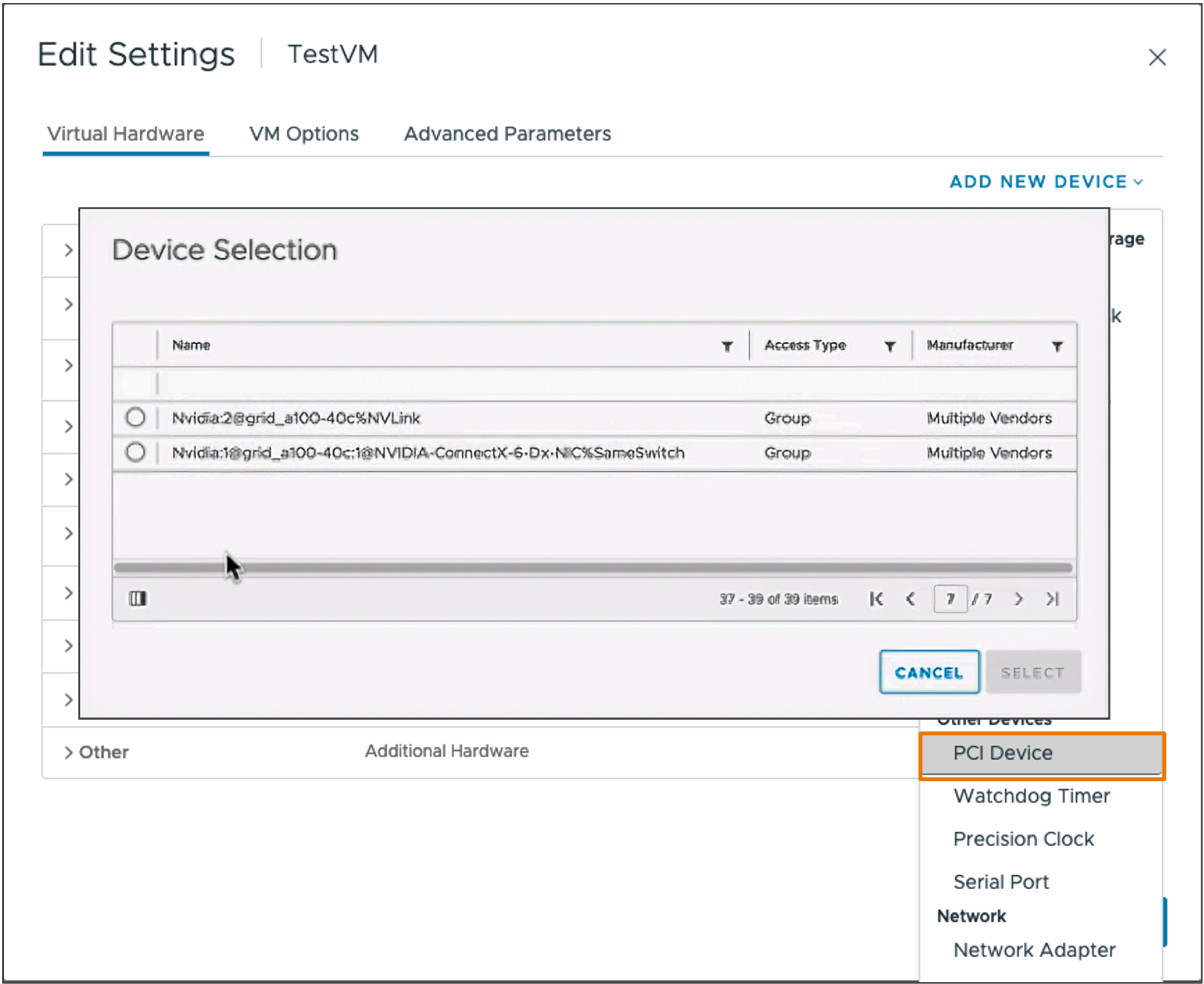 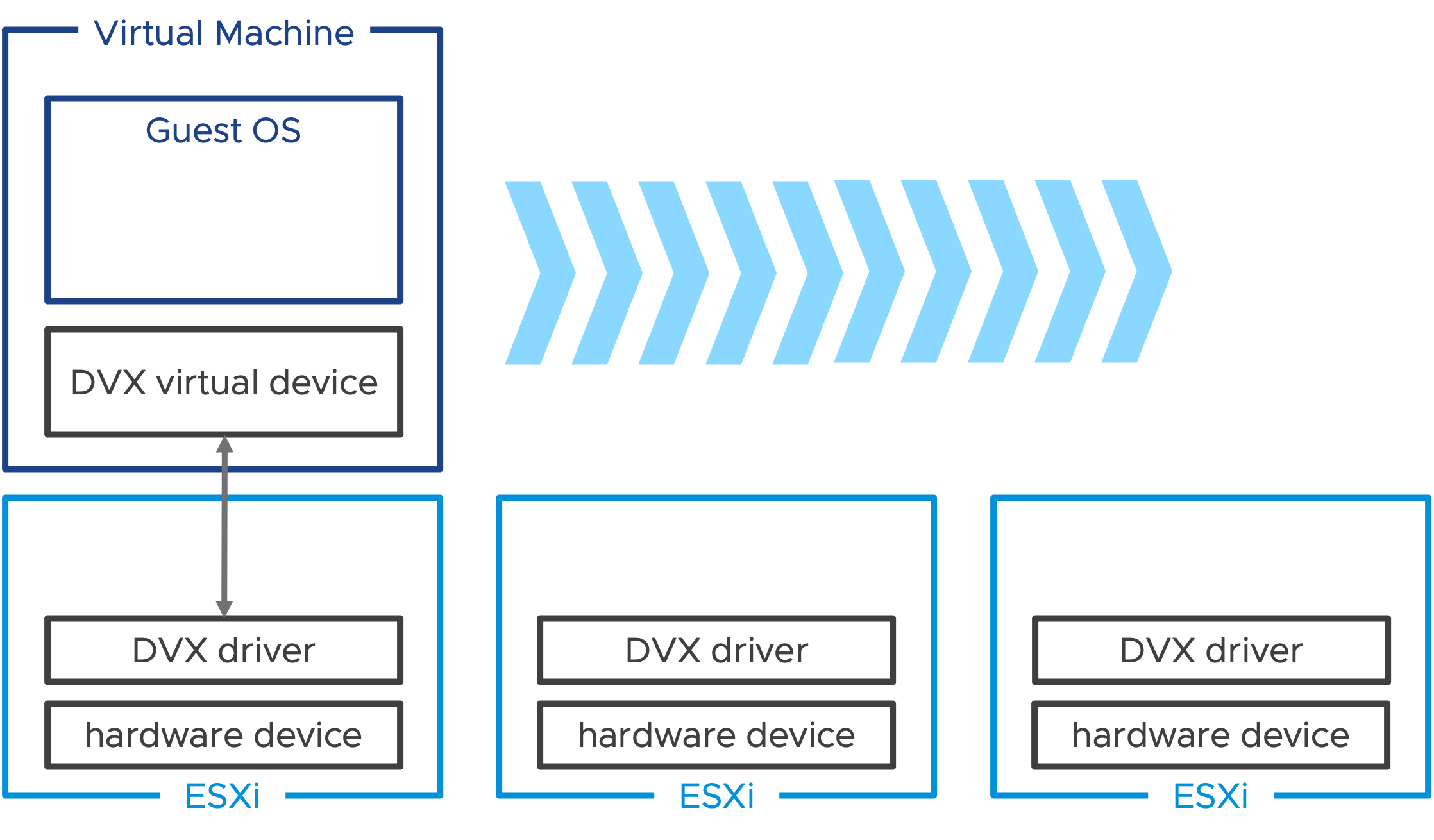 A compatible driver must be installed on the ESXi hosts and accompanied with a corresponding guest OS driver for the virtual device equivalent. A virtual machine consuming a device virtualization extension virtual device can be migrated using vSphere vMotion to another host that supports that same virtual device.

Introducing TPM Provision Policy. Windows 11 requires vTPM devices to be present in virtual machines. Cloning a VM with a vTPM VM can introduce a security risk as TPM secrets are cloned. 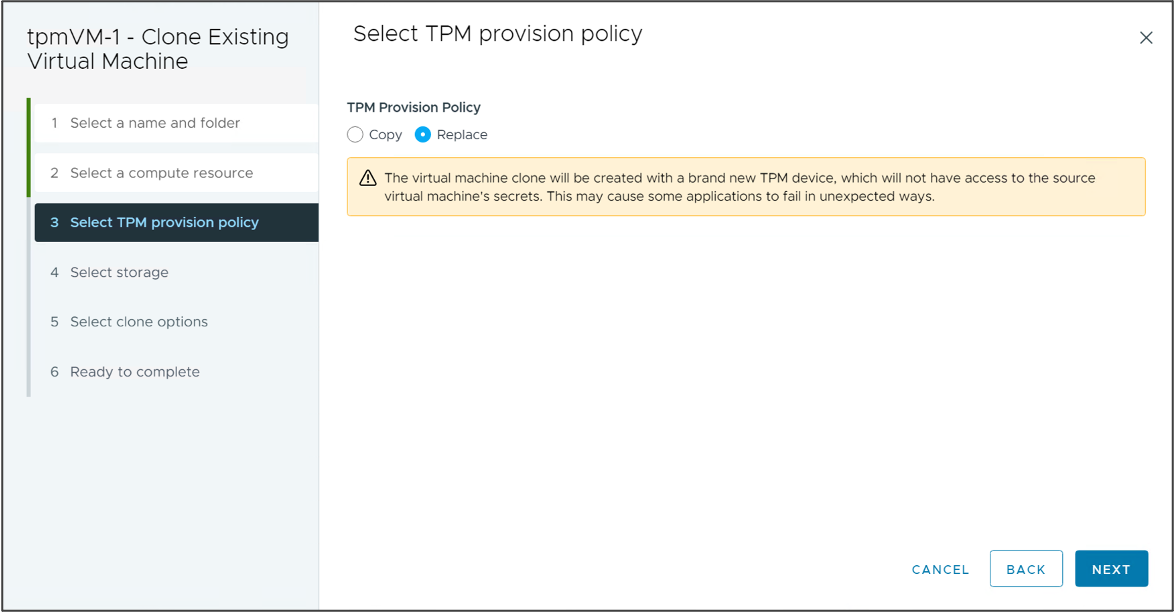 In vSphere 8 vTPM devices can be automatically replaced during clone or deployment operations. This allows best practices that each VM contain a unique TPM device be followed and improves vSphere support for Windows 11 deployment at scale. vSphere 8.0 also includes the vpxd.clone.tpmProvisionPolicy advanced setting to make the default clone behaviour for vTPMs to be replace.

Note: The TPM provision policy is used for any virtual machines that contain a virtual TPM device. It is not exclusively for Windows 11 VMs.

High Latency Sensitivity with Hyper-threading requires virtual machine hardware version 20 and is configurable in the Advanced settings for a virtual machine. 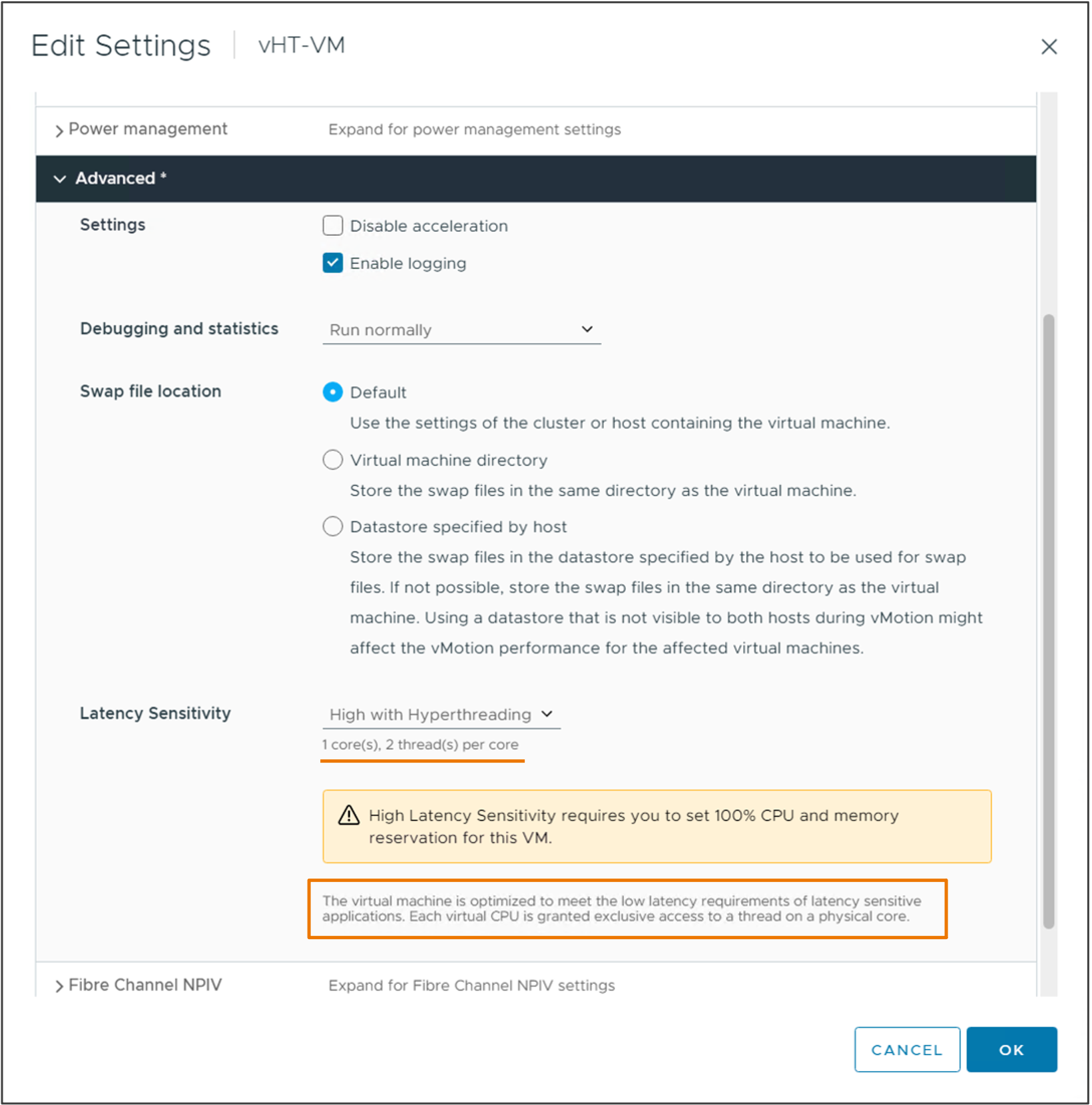 vSphere 8 and hardware version 20 allows you to use the vSphere Client to configure the vNUMA topology for virtual machines. 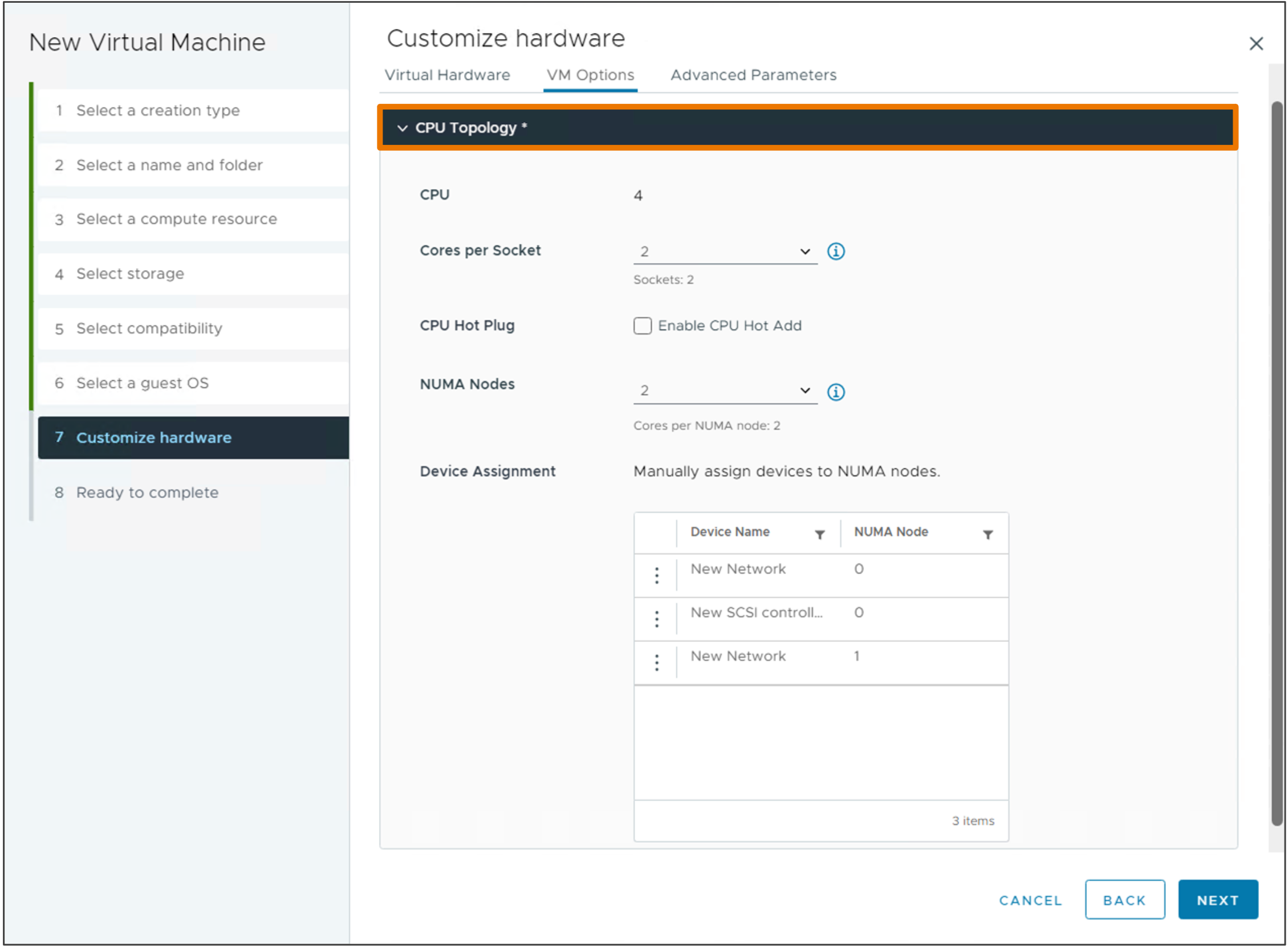 A new CPU topology tile is visible on the VM summary tab displaying the current topology.

vSphere DataSets provide an easy method distribute small, infrequently changing data between the vSphere management layer and a guest operating system running in a virtual machine with VMware Tools installed. Uses cases may include Guest deployment status, Guest agent configuration or Guest inventory management. vSphere DataSets live with the VM object, and will move with the VM if migrated, even across vCenter Server instances.

VMware has introduced a new feature with vSphere 7.0U3 called vSphere Memory Monitoring and Remediation (vMMR). vMMR helps bridge the need for monitoring by providing running statistics at both the VM (bandwidth) and Host levels (bandwidth, miss-rates). vMMR also provides default alerts and ability to configure custom alerts based on the workloads that run on VMs. vMMR collects data and provides visibility of performance statistics so you can determine if your application workload is regressed due to Memory Mode.

In vSphere 8, DRS performance can be significantly improved when PMEM is present by leveraging memory statistics, resulting in optimal  placement decisions for VMs without affecting performance and resource consumption. 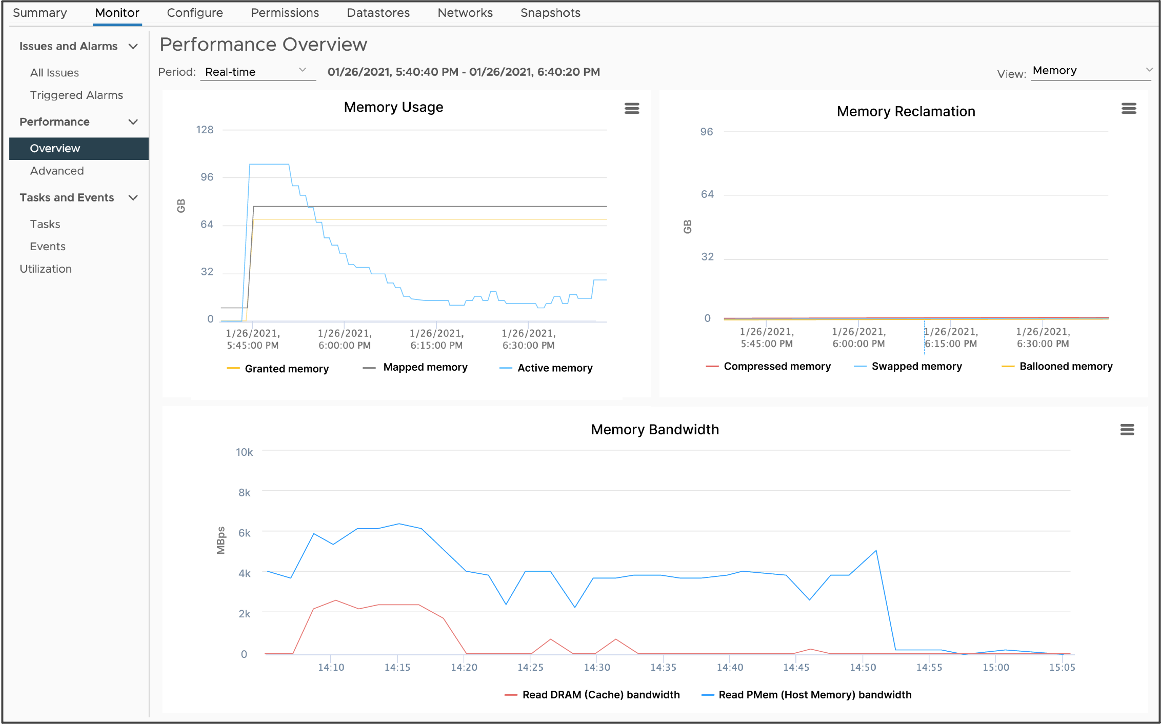 For more on Persistent Memory (Pmem): 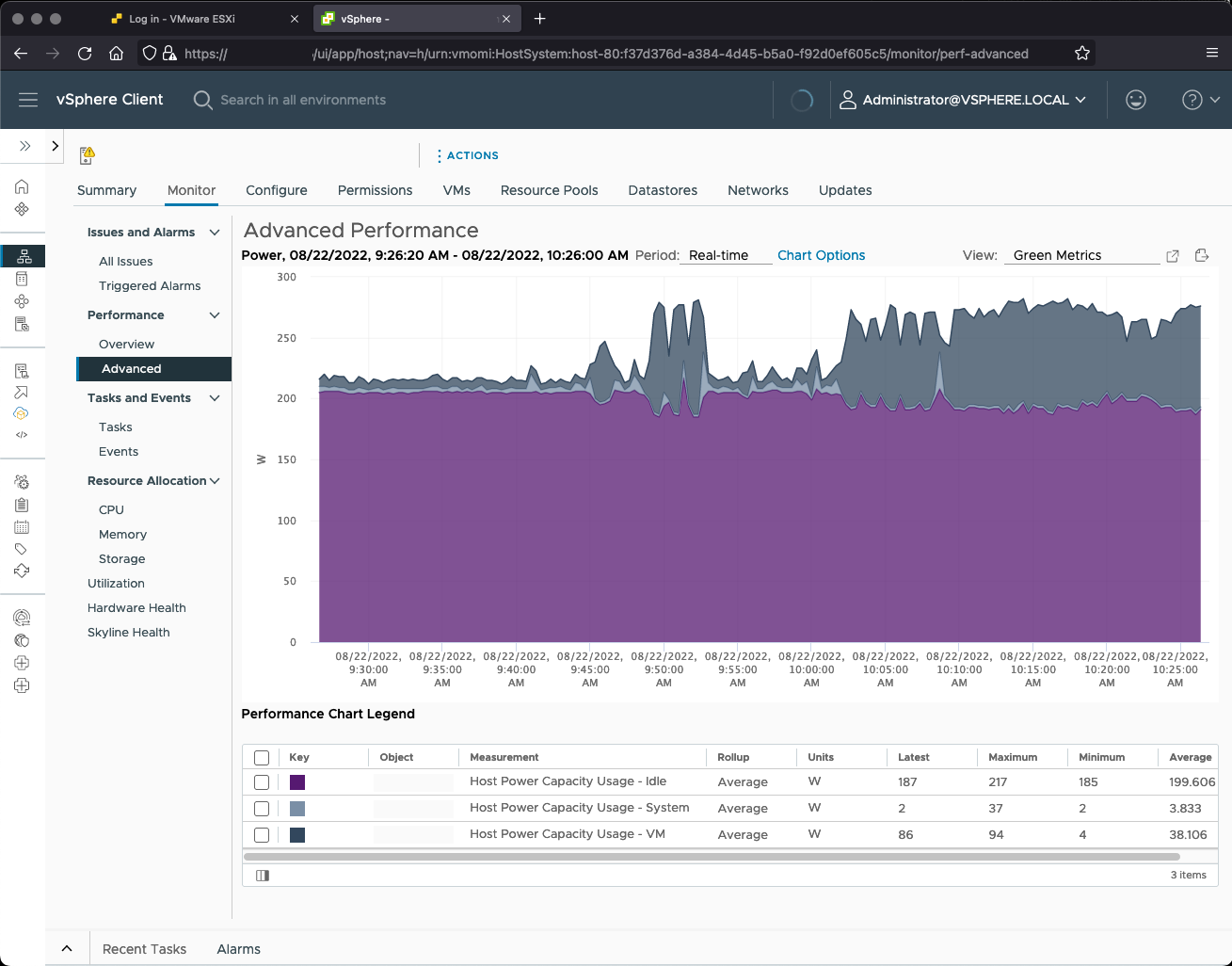 vSphere strives to be secure out of the box. In vSphere 8, further measures are taken to make vSphere secure by default.

Prevent execution of untrusted binaries: ESXi 8.0 will turn on the execInstalledOnly option by default. This prevents the execution of binaries that are not installed via a VIB.

TLS 1.2 only: vSphere 8 will not support TLS 1.0 and TLS 1.1. Both have previously been disabled by default in vSphere 7 and are now removed in vSphere 8.

SSH Automatic Timeout: SSH access is deactivated by default and in vSphere 8 a default timeout is introduced to prevent SSH sessions lingering.

Sandboxed Daemons: ESXi 8.0 daemons and processes run in their own sandboxed domain where only the minimum required permissions are available to the process.

Discontinuation of Trusted Platform Module (TPM) 1.2: ESXi 8.0 displays a warning during installation or upgrade if a TPM 1.2 device is present. The install or upgrade is not prevented.