The flexibility of cluster design and sizing is one of the key benefits with vSAN. This naturally leads to questions on the performance capabilities of vSAN relative to cluster size. Will an application run faster if the cluster consists of more hosts versus fewer hosts? The simple answer is "no" and has been covered in vSAN Cluster Design - Large Clusters Versus Small Clusters. Let's explore this topic more to understand this better, and when there might be a few exceptions.

Typically, the customers and partners asking these types of questions are managing larger environments. The question of performance and cluster size stems not from comparing the total capability of a 4-host cluster versus 64 hosts, but rather, a data center that has dozens or hundreds of hosts, and have questions about the optimal cluster size for performance.

A vSphere cluster defines a boundary of shared resources. With a traditional vSphere cluster, CPU and memory are two types of resources managed. Network-aware DRS is omitted here for clarity. Adding additional hosts would indeed add additional CPU and memory resources available to the VMs running in the cluster, but this never meant that a single 16vCPU SQL server would have more capabilities as hosts are added: It just enlarged the boundary of available physical resources. vSAN powered clusters introduce storage as a cluster resource. As the host count of the cluster increases, so does the availability of storage resources.

To understand elements of performance (and availability), let's review how vSAN places data.

With traditional shared storage, the data living in a file system will often be spread across many (or all) storage devices in an array or arrays. This technique sometimes referred to as "wide striping" was a way to achieve improved performance through an aggregate of devices, and allowed the array manufacturer to globally protect all of the data using some form of RAID in a one-size-fits-all manner. Wide striping was desperately needed with spinning disks, but still common with all-flash arrays and other architectures.

vSAN is different: Using an approach for data placement and redundancy most closely resembling an object-based storage system. It is the arbiter of data placement, and which hosts have access to the data. An object, such as a VMDK may have all the object data living on one host. In order to achieve resilience, this object must either be mirrored to some other location (host) in the vSAN cluster or if using RAID-5/6 erasure coding, will encode the data with parity data across multiple hosts (4 hosts for RAID-5, 6 hosts for RAID-6). Thanks to Storage Policy-Based Management (SPBM), this can be prescribed on a per-object basis. 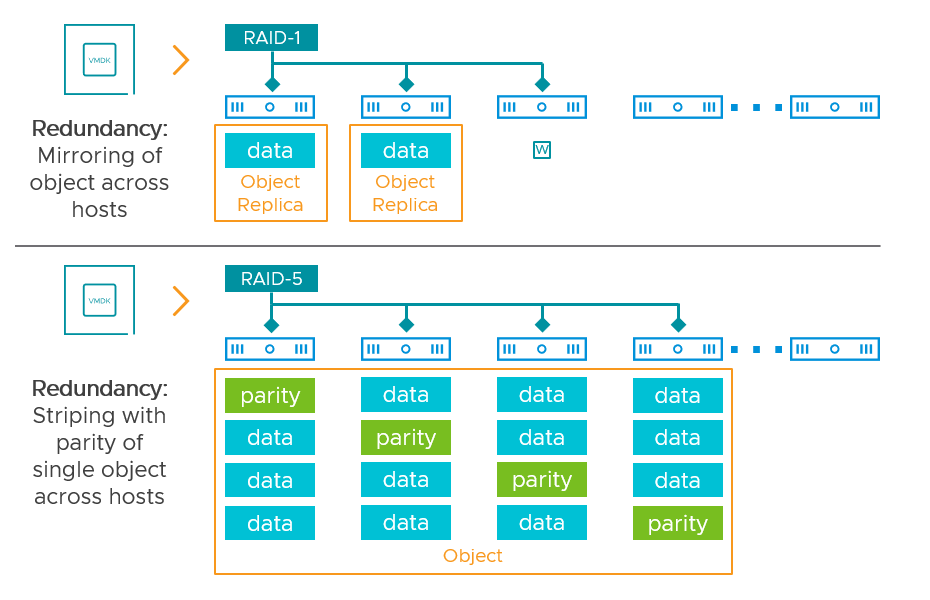 Figure 1. Examples of vSAN's approach to data placement with resilience

Therefore, whether the cluster is 4 hosts or 64 hosts, the number of hosts it will use to store the VM to its prescribed level of resilience will be the same.  Some actions may spread the data out a bit more, but generally, vSAN strives to achieve the desired availability of an object prescribed by the storage policy, with as few hosts as possible. 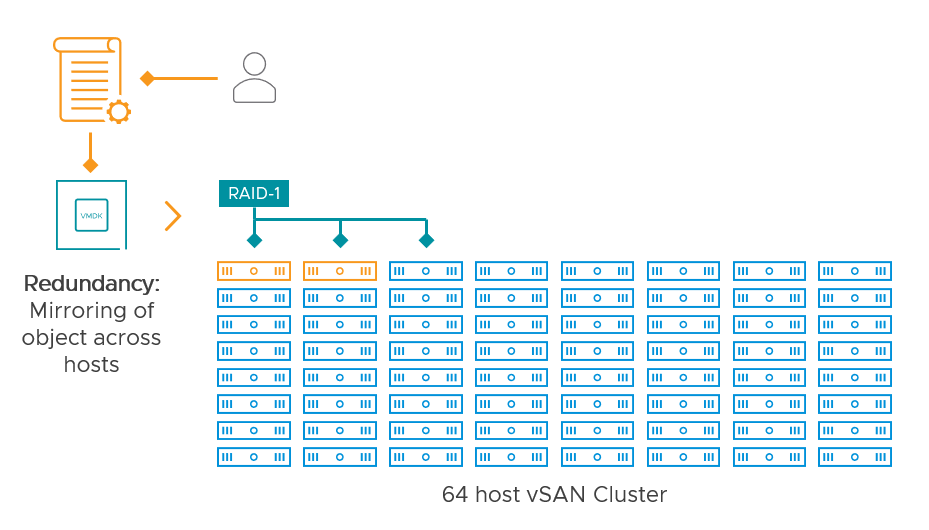 Figure 2. A VM with an FTT=1 policy using mirroring, in a 64 host cluster

The benefit to the approach used by vSAN is superior resilience under failure conditions and simplified scalability. When a level of failure to tolerate (FTT) is assigned to an object, availability (and performance) is only referring to the hosts where the specific object resides. Other failures can occur in the cluster and have no impact to that specific object. Wide-striping, occasionally found in other approaches, can increase the fragility of an environment because it introduces more contributing resources that the data depends on for availability. Wide-striping can make scaling more difficult.

When does cluster size matter as it relates to performance?

The size of a traditional vSphere cluster can impact VM performance when physical resources are oversubscribed. Oversubscription most commonly occurs when there are too many taxing workloads for the given hardware capabilities of the hosts. When there are noticeable levels of contention of physical resources (CPU and memory) created by the VMs, then performance will degrade. DRS aims to redistribute the workloads more evenly across the hosts in the cluster to balance out the use of CPU and memory resources and free up contention.

With a vSAN cluster, storage is also a resource of the cluster - a concept that is different than with traditional three-tier architecture. If the I/O demand by the VMs is too taxing for the given hardware capabilities of the storage devices, then there may be some contention. In this situation, adding hosts to a cluster could improve the storage performance by reclaiming lost performance, but only if contention was inhibiting performance in the first place. Note that the placement and balancing of this data across hosts in the cluster is purely the responsibility of vSAN, and is based on capacity, not performance. DRS does not play a part in this decision making.

With a vSAN cluster, performance is primarily dictated by the physical capabilities of the devices in the storage stack (cache/buffer, capacity tier, storage HBAs, etc.) as well as the devices that provide communication between the hosts: NICs, and switchgear.

Testing of a discrete application or capabilities of a host can be performed with a small cluster or large cluster. It will not make a difference in the result as seen by the application, or the host. If synthetic testing is being performed with tools like HCIBench, the total performance by the cluster (defined by IOPS or throughput) will increase as more hosts are added. This is due to an increase in worker VMs as more hosts are added to the cluster. The stress test results are reporting back the sum across all hosts in the cluster. The individual performance capabilities of each host remain the same.

What about network switches?

A common assumption is that there must be some correlation between the needs of network switching and cluster size. Given the same number of hosts connecting to the switchgear, there is very little correlation between cluster size and demands of the switchgear. The sizing requirements for NICs or the switchgear they connect to is most closely related to the host capacity and type/performance of gear the hosts consist of, the demands of the application, storage policies and data services used, and the expectations around performance.

The performance of the hosts can be impacted if the switchgear is incapable of delivering the performance driven by the hosts. This is a sign the underlying switchgear may not have a backplane, processing power, or buffers capable of sustaining advertised speeds across all switch ports. But this behavior will occur regardless of the cluster sizing strategy used.

Considerations when performance is important to you?

If performance is top of mind, the primary focus should be more toward the discrete components and the configuration that make up the hosts, and of course the networking equipment that connects the hosts.  This would include, but not limited to:

vSAN's approach to data placement means that it does not wide-stripe data across all hosts in a cluster. Hosts in a vSAN cluster that are not holding any contents of a VM in question, will have neither a positive or negative impact on the performance of the VM. Given little to no resource contention, using the same hardware, a cluster consisting of a smaller number of hosts will yield about the same level of performance to VMs compared to a cluster consisting of a larger number of hosts. If you want optimal performance for your VMs focus on the hardware used in the hosts and switching.