vCenter Server can be backed up using two methods today; image-based (VM backup) and file-based backup built into the vCenter Server itself.

The short answer is; because of SSO domain data.

File-based restores handle this back-in-time situation by authenticating with the SSO domain and reconciling the SSO domain data during restoration. The restoring vCenter Server will be restored to the SSO domain without conflicts. When using image-based backup and restore methods, this reconciliation cannot happen.

During a file-based restoration, you are prompted for the SSO administrator credentials. This allows the restoring vCenter Server to correctly synchronize with the current state of the running SSO domain. 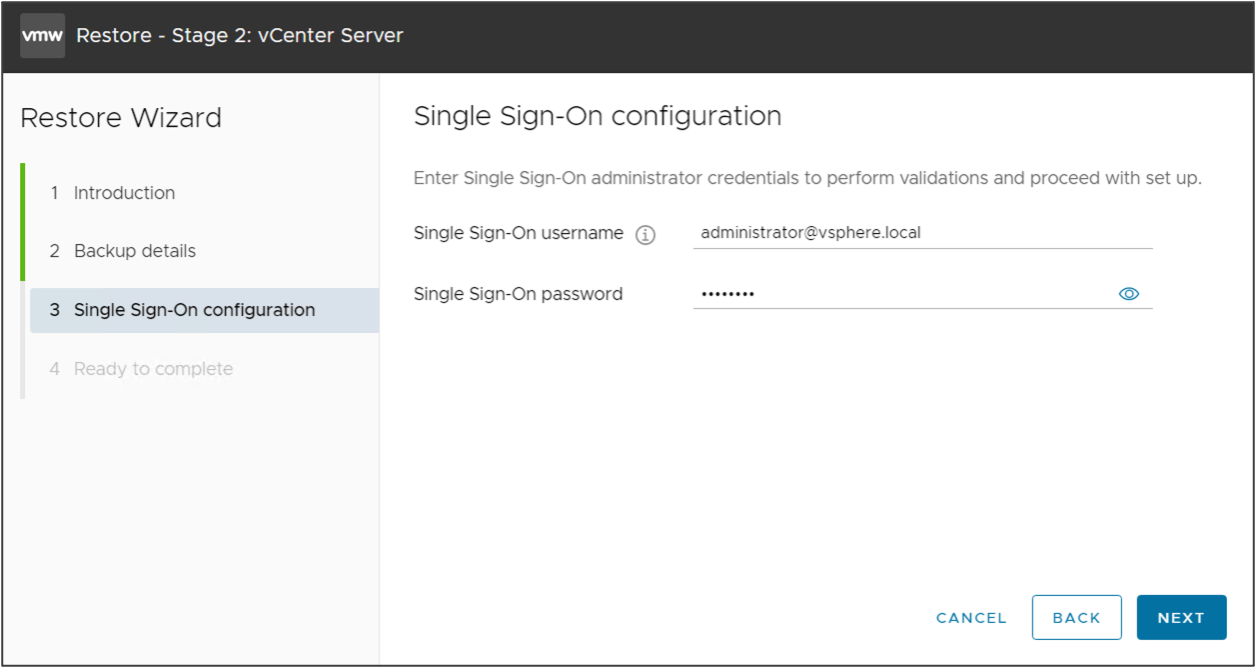 When is it ok to use image-based backups?

It is recommended to take frequent backups of all vCenter Server instances. The native file-based backup feature of the vCenter Server can schedule automatic backups to occur daily, weekly, or on a custom cadence. You can also configure the number of backs retained by each instance. If a scheduled backup fails, an alarm will be triggered in the vSphere Client to notify you. 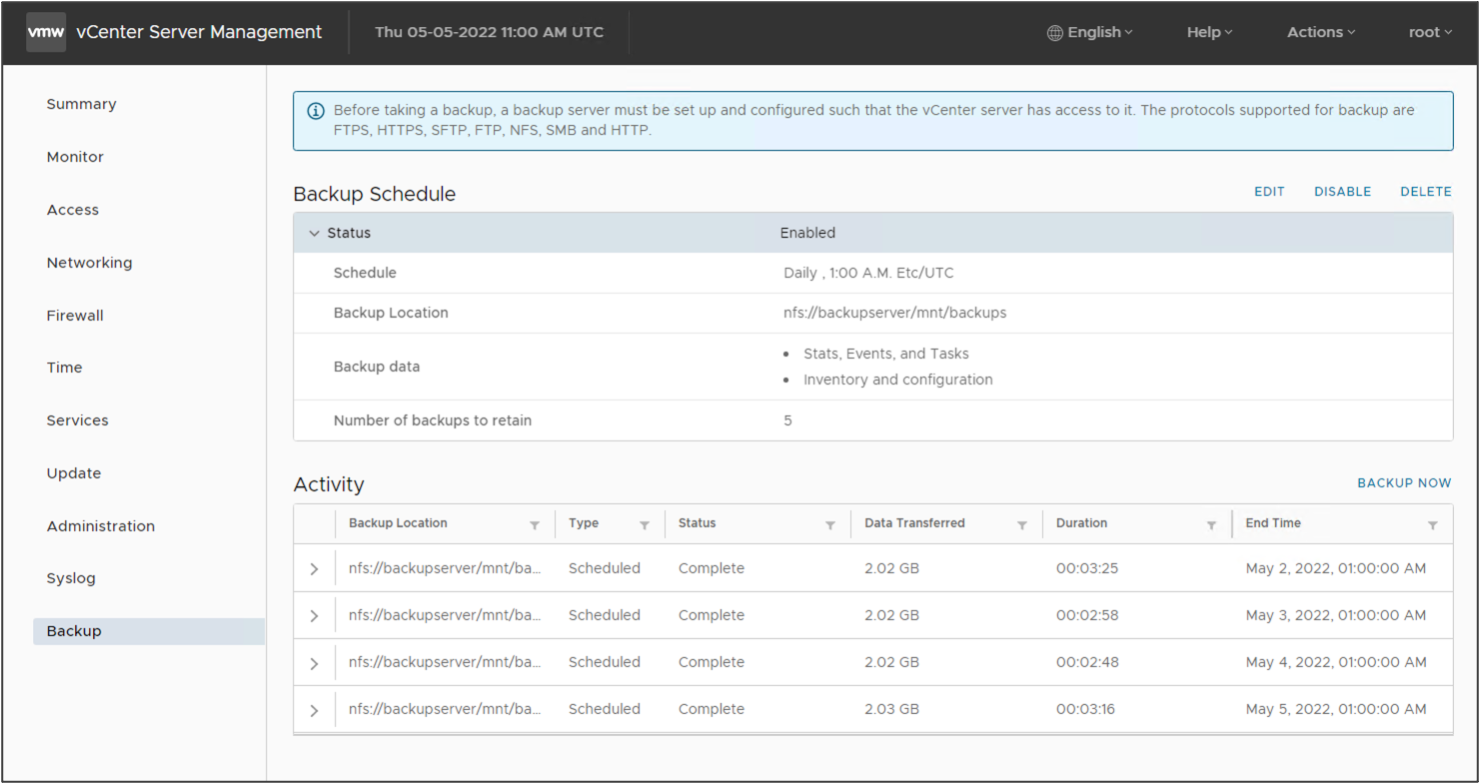 It is important to regularly validate the integrity of vCenter Server backups and ensure that they can be restored successfully. You can test vCenter Backups by restoring them to an isolated network to avoid conflicting with running production instances. The last situation you want to find yourself in, during a scenario where you need to restore from backup, is that the backups you have are not valid.

Important: When using vSphere Distributed Switch port groups for the vCenter Server network, make sure the port group is configured as ephemeral. When restoring a vCenter Server instance, using ESXi as the deployment target in the case of a self-managed vCenter Server, the restore wizard will be unable to see non-ephemeral port groups.

Over 10 years at VMware from Support, to Education and now Technical Marketing focusing on vSphere.